Don Jordan is a television producer and director who has worked on dozens of documentaries and dramas.

Michael Walsh spent twelve years as a reporter and presenter on World in Action and has won six awards. 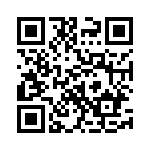